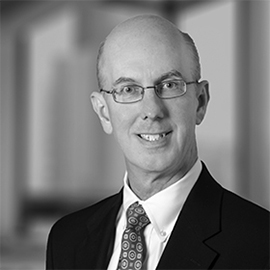 Along with his role as General Counsel at Solaris Health, Dan Scharff serves as the Chief Financial Officer and General Counsel of The Urology Group. He previously worked as an outside advisor and legal counsel to the group since the practice was formed in 1996. He is responsible for managing all day-to-day and long-term financial aspects of The Urology Group’s business operations, as well as providing internal legal advice and managing outside legal counsel.

​Prior to joining The Urology Group full-time, Scharff’s legal practice focused on healthcare, business, and tax law. He served with the Cincinnati office of Porter Wright Morris and Arthur LLP (2004-2010) as well as Frost Brown Todd LLC and its predecessor, Frost and Jacobs (1990-2004).

​Scharff also worked for eight years at the Newport National Bank (currently part of US Bank), serving in various auditing and accounting roles before rising to the level of Vice President.