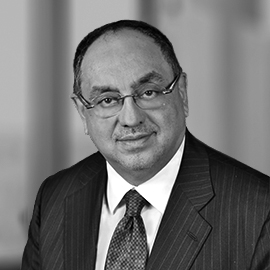 Under his leadership, Integrated Medical Professionals (IMP) has become one of the largest independent comprehensive urology group practices in the United States and is regarded as a national leader in the areas of quality management, utilization review, compliance, and the development of coordinated clinical pathways.

Dr. Kapoor received his B.S. at The Pennsylvania State University and his medical degree from Jefferson Medical College in Philadelphia through an accelerated five-year honors program in medicine. After completing his urology residency at Geisinger Medical Center, he went on to become one of the youngest physicians to have been certified by the American Board of Urology.

He is clinical professor of urology at the Icahn School of Medicine at Mount Sinai, chairman of health policy and past president of the Large Urology Group Practice Association (LUGPA), and chairman of medical liability insurance company SCRUBS RRG. Prior leadership roles include serving as a director of UroPAC and as past chairman of Access to Integrated Cancer Care. Dr. Kapoor was founder of the New York Urology Trade Association as well as the non-profit Integrated Medical Foundation. He is a fellow of the American College of Physician Executives.

Dr. Kapoor has published and lectured extensively on both clinical and business medical issues and serves on several medical advisory boards, including the New York State Governor´s Prostate Cancer Advisory Panel. He is the 2014 recipient of the Russell W. Lavengood Distinguished Service Award from the New York Section of the American Urological Association, as well as the 2011 Ambrose-Reed AUA Socioeconomic Essay Award. Dr. Kapoor has been continuously listed in the Castle-Connolly guide of Best Doctors in the New York area.