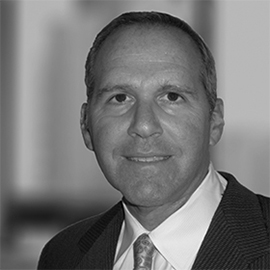 As Chief Executive Officer, Dr. Mason oversees the business aspects of the managed care organization, which involves streamlining operational processes, creating synergies between practices, and incentivizing growth of the platform regionally and nationally.

​Dr. Mason has spent his entire career in physician practice management, first as a physician, then as an entrepreneur and practice leader, and finally as a senior executive at market-leading, high-growth national practice management groups. For 26 years he was managing partner of a Raleigh, North Carolina-based anesthesia practice directing over 70 physicians and over 200 nurse anesthetists. During his tenure, the practice experienced a growth from $10 million to $75 million in annual revenue. He then led the sale of the practice to PEDIATRIX, now MEDNAX, where he held several corporate roles from 2011 through 2017.

During this time, Dr. Mason was responsible for steering the managed care, coding, and finance divisions, and was involved in multiple acquisitions. His last role at MEDNAX was president of the south region, owning a portfolio of over 90 practices in the southeast that included anesthesiology, neonatology, MFM, OB hospitalists, pediatric urology, pediatric cardiology, and pediatric hospitalists.

Dr. Mason received his medical degree from the University of Miami School of Medicine in Miami, Florida. He completed both his anesthesiology residency and his fellowship in critical care medicine at Massachusetts General Hospital in Boston, Massachusetts. He also completed his fellowship in cardiac anesthesia at Brigham and Women’s Hospital in Boston. Dr. Mason is board-certified in anesthesiology and critical care medicine. He holds an M.B.A. from Auburn University.